This is our proposal for the Frei Caneca street reurbanization competition in São Paulo. The project was made with Maíra,Sander and Angelica. Given the extreme diversity of people, uses and social contexts of the Frei Caneca, we choosed not to make a project, which would dictate its rules over very different people and situations, and would make the street "beg" for the project execution to the authorities. Instead, we designed a bottom-up system where everyone can propose, rate and execute small "micro-projects". No masterplan, no fundraising, no approval, no architect. If everybody does his part, wonderful. If only one does, the street has already gained improvement.

You don't make a street work better because you change the pavement and the trashbins... It has almost no importance at all. A street is made of people who live there and people who use the street, and what makes a street a nice street is the intricate relationship between all of them. for who is interested in the subject, read the fantastic book of Jane Jacobs, "The Death and Life of Great American Cities". She said (in 1961) many, many things that apply perfectly to São Paulo (and many other cities around the world)... 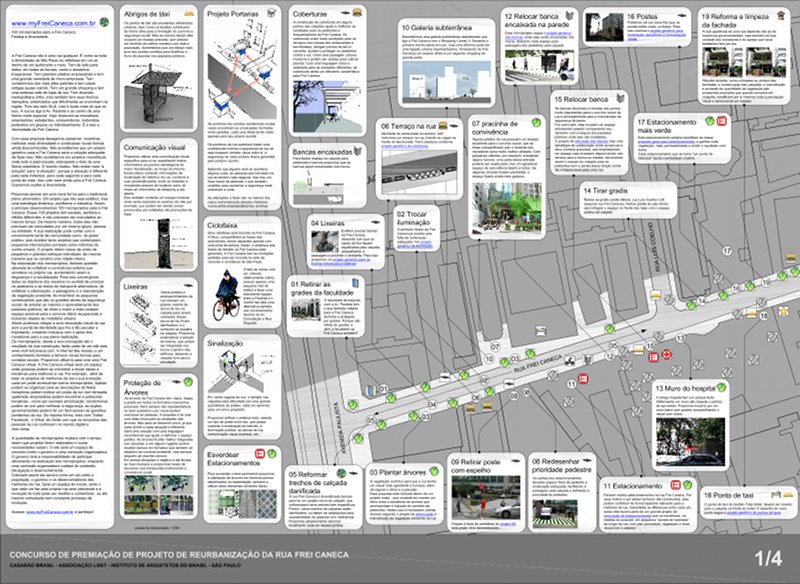 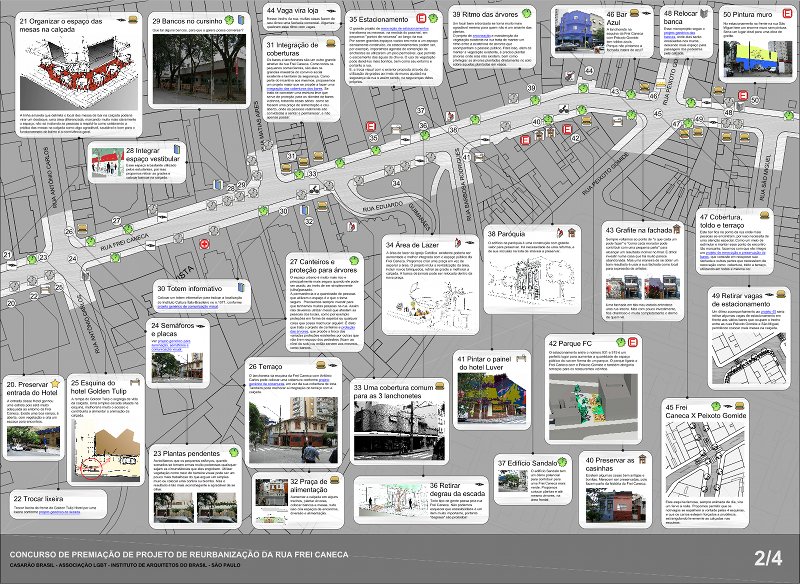 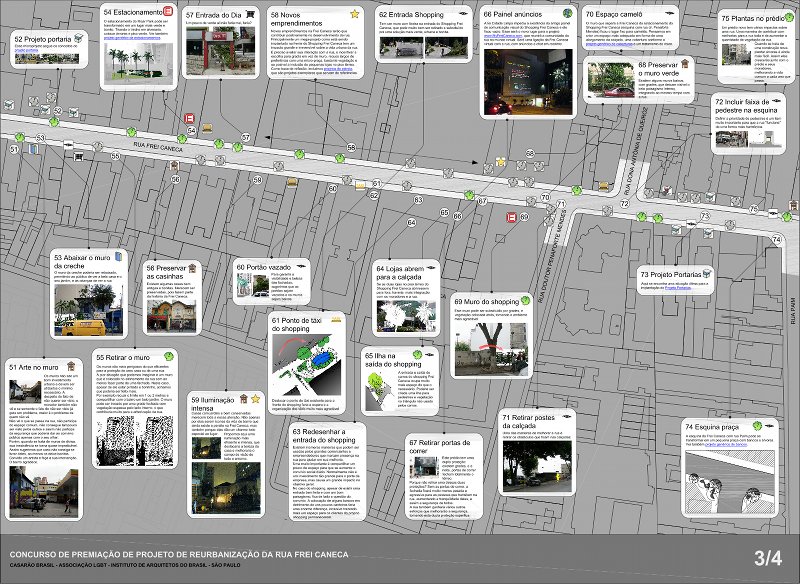 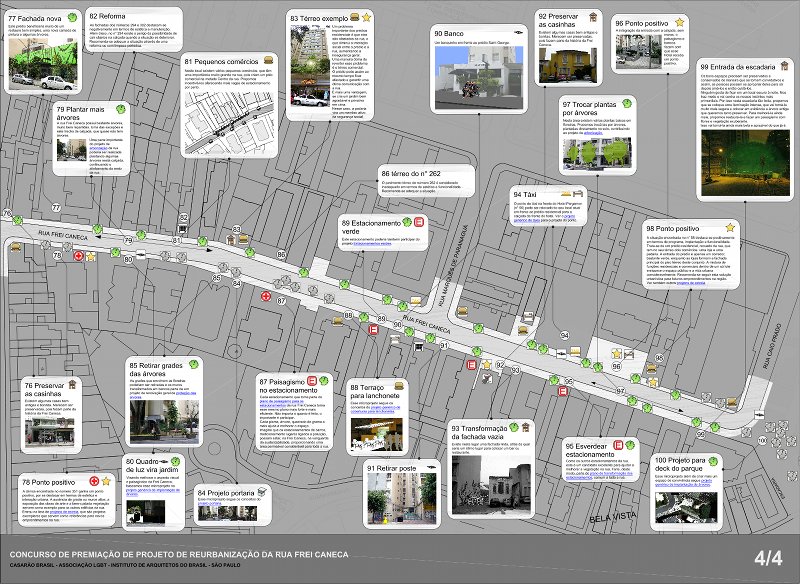