We recently made an animation for a project in Interlagos. The project was made together with other architects, and it turned out quite different than our first idea, but neverthless some of the concepts went through until the final form. Here goes our own proposal, with the first sketches and a model.

The main idea was to build something light but high. Light because it has to be on top of an existing structure and the anchor points must be spread where it can, sometimes on the existing elements sometimes not, and also because all the project needs to achieve is shading and rain protection, high because it must serve as a beacon, clearly indicating the circuit's entrance point to who comes by train, bus, car, foot or even helicopter, and also because we want to be able to see under it, from the seats and paddocks spread along the circuit.

The new structure itself is obviously still very sketchy in these images, but the main idea is to use the three staircases as big columns, making large arms on top of them, that support the main part of the weight. The rest spreads over thin columns, that fall where they can on the existing building. 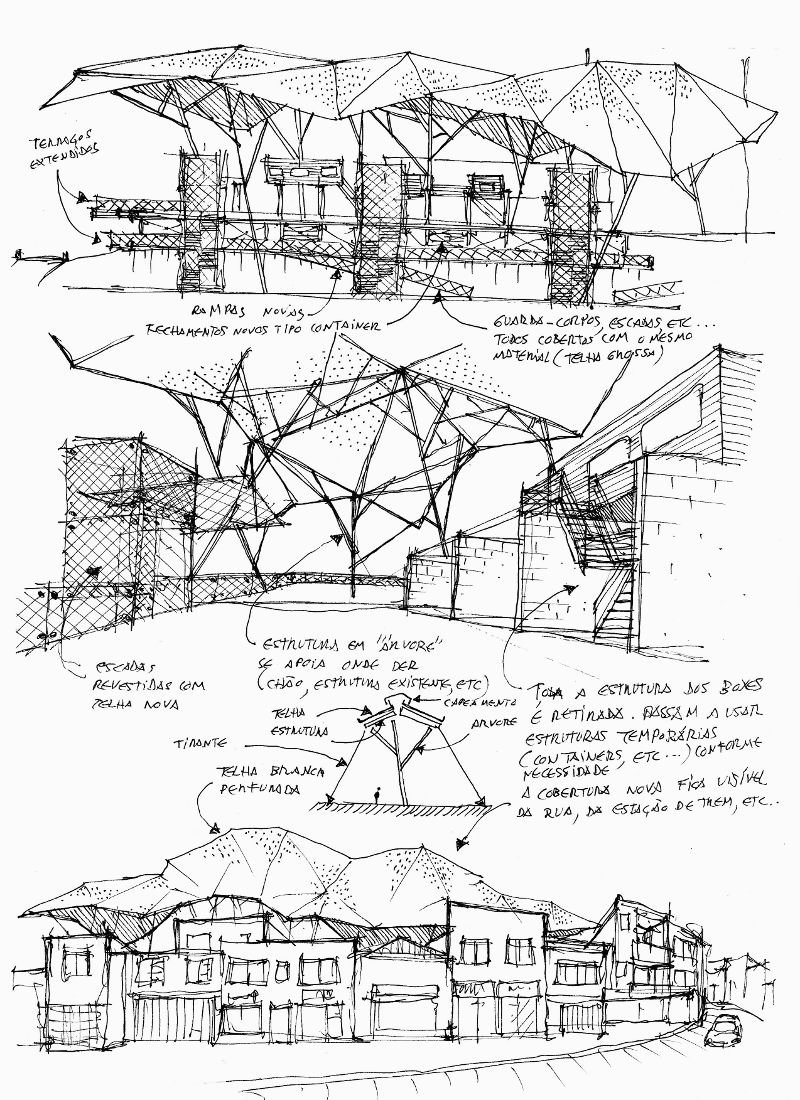 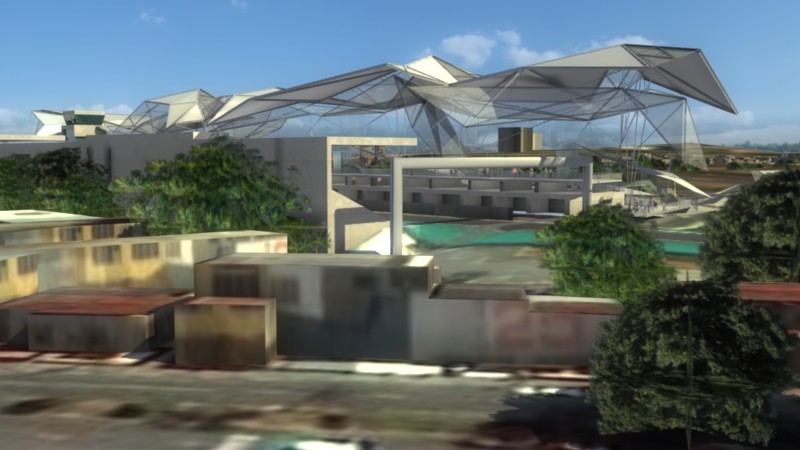 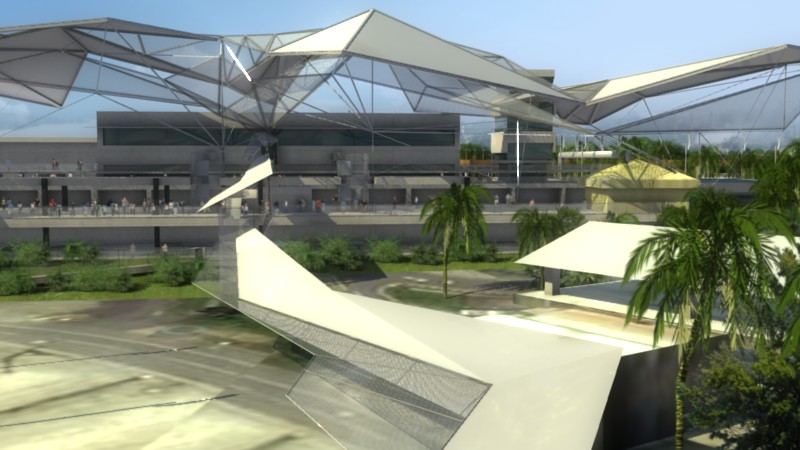 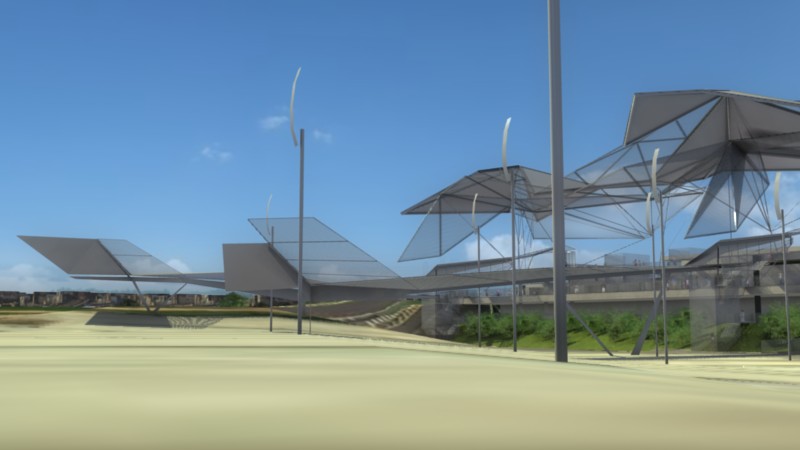 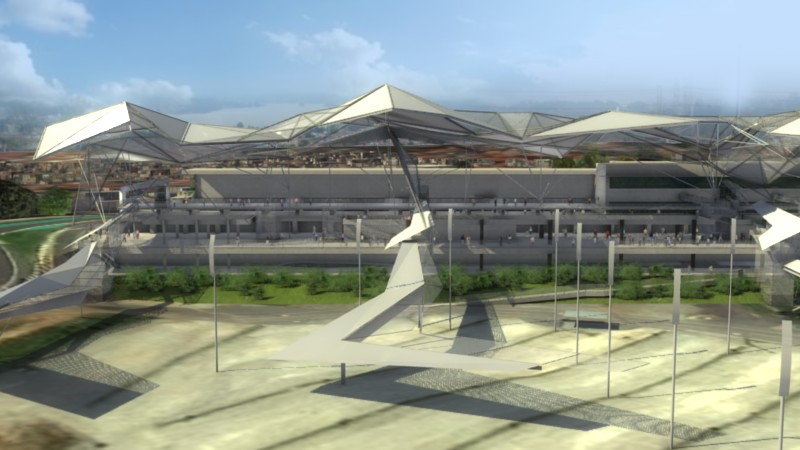 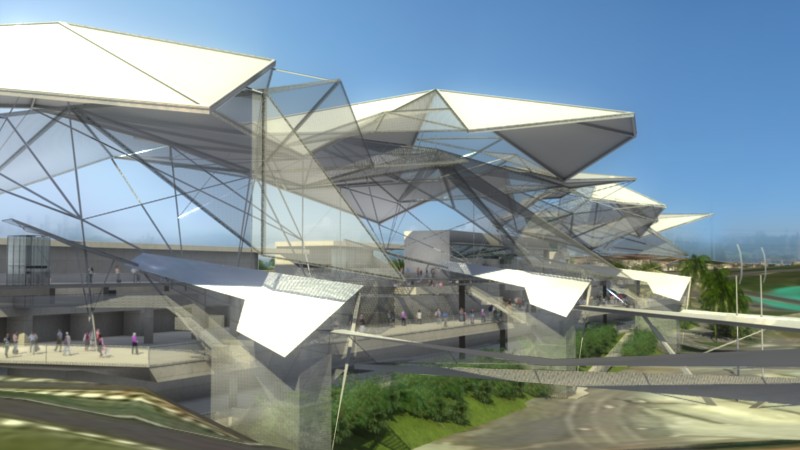 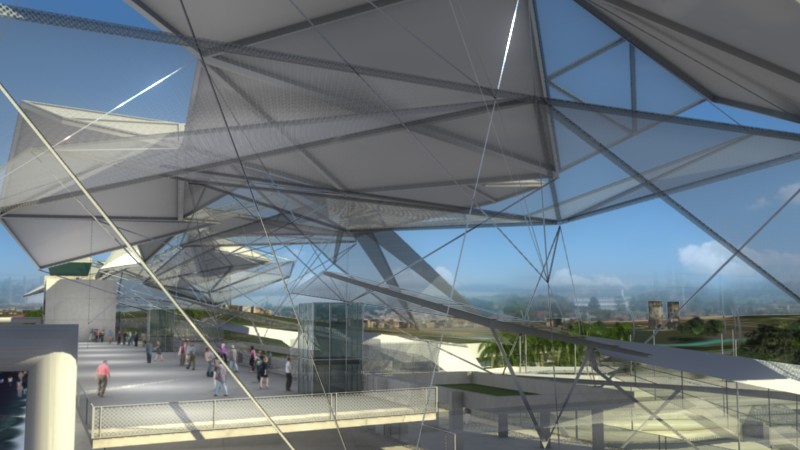 And here goes a 3D model view. The file is a bit incomplete due to the changes of directions the project took later but it can still give you an idea:

Use left and right keyboard arrows to rotate. You need to install the burster plugin to view this