This scene from Pixar's Ratatouille animation leaked on cgtalk the other day (several formats available, including blender), for your lighing experiments pleasure. This was done with blender internal renderer... 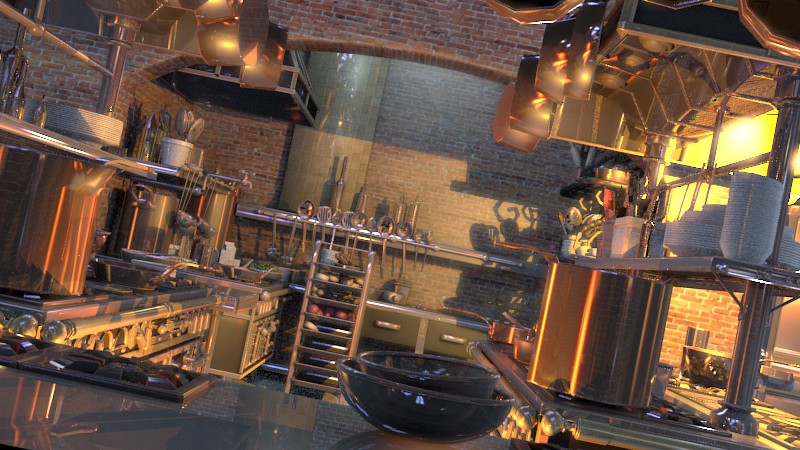