I should really write more about all the little open-source tools we use everyday here in our architecture studio. There are your usual CAD / BIM / 3D applications, of course, that you know a bit of if you follow this blog, but one of the tools that really helps us a lot in our daily work is our beloved task manager.

One of the most interesting things you learn from working on an open-source project is how a very complex project with a lot of tasks and people can be managed in an efficient and easy way, and with no boss to organize all that. One of the prominent tools that all open-source projects use to address that problem, is a bug tracker. The bug tracker is a kind of big multi-users tasks list, where tasks can be attributed to specific users, plus many tools to track the general progress, ability to comment and help on other user's tasks, etc. The working of such a bug tracker depends mainly on two things: users reporting bugs, and developers attributing to themselves bugs they decide to (try to) solve. No boss involved, nobody telling anybody what they should do.

For an architecture studio, of course things are a bit different. Tasks are not simply bugs to solve, and there is often more than one project on the table. But the problem is essentially the same: How to keep track of everything that needs to be done, make sure nothing will pass forgotten, and above all, how to make all that easy to deal with, so you can spend your time doing actual arch work instead of organizing things.

For that, we use an open-source task manager called projectpier. We grew so fond of it and it removes such a huge work from our hands that we use to joke about it that it is actually the real boss of the studio (we sometimes tell that seriously to new clients, which results in quite frightened looks). ProjectPier is a rather old-school project management application, but its strength is exactly because of that: It is simple, easy to adapt and modify, and it runs on our limited web host. 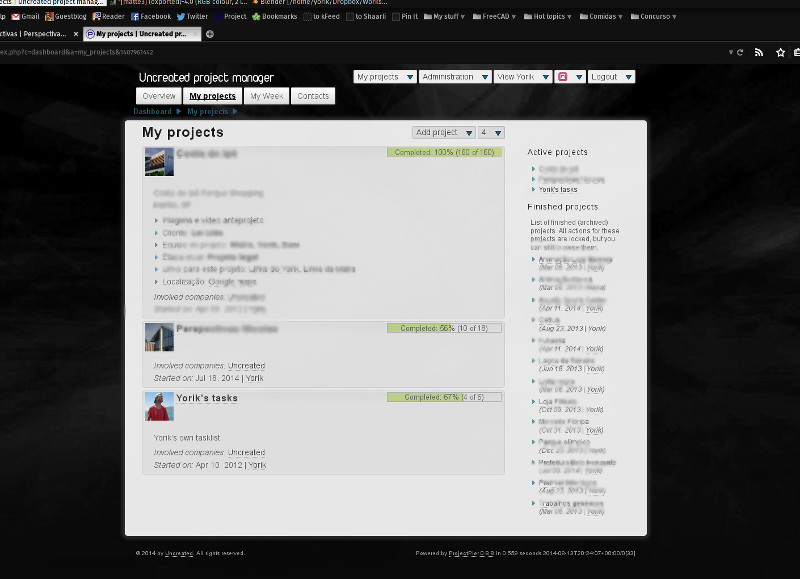 Its working is pretty simple: You can add projects, in these projects you can add milestones (main events and deadlines), task lists (that can be linked to a milestone), then the members of the studio take tasks to do and assign them to themselves, mark them as finished, and usually add new tasks because you always think of something else that needs to be done. The important things is that you know that the project won't be delivered before all tasks are done, and you can always see how far you are in the process. 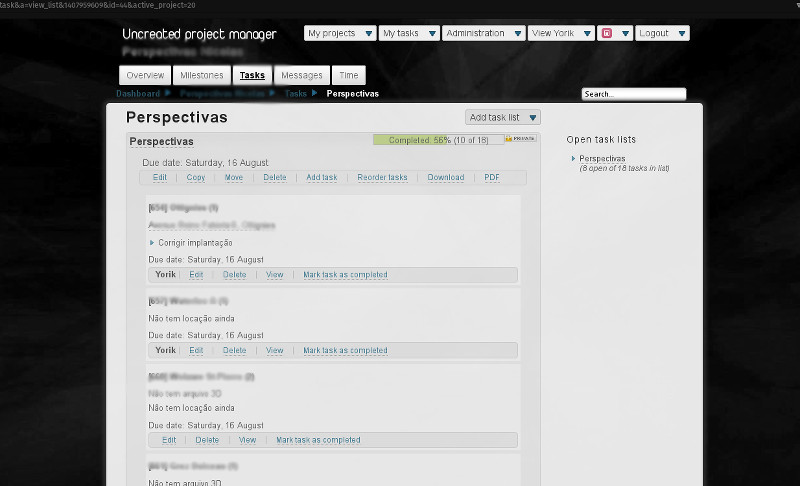 There are several other useful features, such as an integrated address book. and a calendar that lists all the tasks and deadlines a specific user has, and that can be linked to calendar apps such as google calendar, so you can set alarms and reminders there. (In the image below the orange tasks come from ProjectPier and get updated automatically) 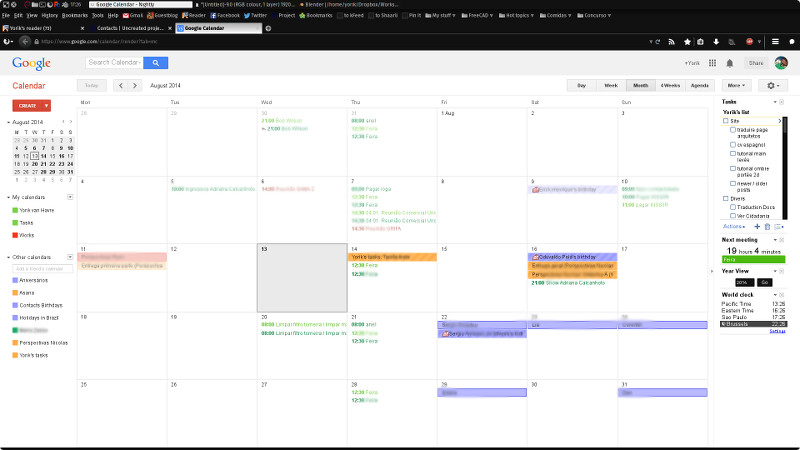 Nowadays, there is better than ProjectPier. Take a look at asana for example. But there are still many big advantages to things like ProjectPier, for example being open-source and installable on your own server or web hosting space, which should give you less people spying on it...

Another advantage of course is that you can modify it. If you know a bit of CSS, you can already change its appearance like we did pretty easily, and with some knowledge of PHP you can do much more, like adding plugins. A couple of modifications I did (such as making the deadlines of individual tasks appear in your google calendar, or exporting contacts to vcard), are on my github's gists (they are too hacky to be submitted for inclusion in the offcial source code).

If you are working in a small structure such as a small architecture office, I recommend you highly to have a look at such tools. If you are working alone, it is not so important (a list manually written on a piece of paper does the same job), but with two people, and much more with three or four people, such tools make a huge difference and litterally remove the hassle of organizing people's work from you.